Goal is to encourage interaction with physicians

UC Davis Health System researchers have received a four-year, $1.3 million grant from the U.S. Centers for Disease Control and Prevention (CDC) to use a technology-based approach to help prevent suicide among those most at risk: middle-aged men.

The funding will be used to develop and test a multimedia, interactive computer program that allows information to be tailored to the mental health information needs, beliefs and attitudes of users, ideally encouraging them to discuss suicide thoughts with physicians and accept treatment.

“Men have a tendency to be stoic about their health, but unfortunately this quality increases their susceptibility to suicide,” said Anthony Jerant, a UC Davis professor of family and community medicine, researcher with the UC Davis Center for Healthcare Policy and Research and co-principal investigator of the study.

“We want to try to overcome that tendency and other barriers by presenting information about suicide risk in a way that is easy to take in, resonates with the individual and motivates him to ask for help,” Jerant added. “The first goal is to activate discussions about suicide symptoms, but the ultimate goal is to reduce suicide attempts by taking full advantage of the time men spend with their doctors, so more of them will talk about their thoughts and be receptive to follow-up care.”

Jerant and his colleagues previously developed and tested a computer program designed to increase discussion and treatment for depression, which also increased physician-patient conversations about suicide even though there was only minimal content dealing with this topic. The CDC funding allows them to revise the program to include far more suicide-specific content. 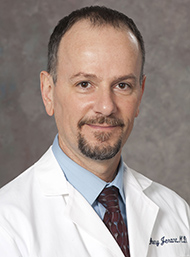 A focus on middle-aged men

The new program will focus on middle-aged men, who are most likely to succeed at suicide attempts but least likely to bring up suicide thoughts to others, including their doctors, even though many visit their primary care physicians within a month of killing themselves.

Men aged 35 to 64 who have scheduled visits with their primary care providers at UC Davis Health System clinics in the Sacramento region or Palo Alto Medical Foundation clinics in the San Francisco Bay Area will be screened by telephone for study eligibility. Those who say they have recently thought about taking their own lives will be offered the chance to enroll.

Study participants will have access to the suicide-prevention computer program in their doctors’ office waiting areas. The content and its length will be automatically tailored based on responses to a series of questions about knowledge, beliefs and attitudes about suicide and their comfort in discussing it with health care providers.

Users who indicate, for example, that they believe their doctors cannot help with suicide thoughts will be informed that all primary care doctors are trained to discuss suicide and ensure appropriate treatment in collaboration with mental health specialists. They will also be encouraged to broach the topic with their own doctors.

The program will also include information about suicide-related issues such as depression and drug and alcohol use.

Each enrollee will receive three months of follow-up care by telephone implemented by mental health care managers, who will be guided by input from the primary care provider and overseen by a psychiatrist. The care managers will convey caring, empathy and support; deliver counseling for depression when necessary; and link participants with resources to address suicide risk factors.

“After being mired for centuries as an object of legal debate, philosophical speculation and religious scrutiny, suicide emerged as a pressing concern for primary care a couple of decades ago,” said study co-principal investigator Paul Duberstein, professor of psychiatry and family medicine at the University of Rochester Medical Center. “Now, primary care occupies a central spot in suicide prevention, and for good reason. Nearly 50 percent of people who die by suicide in the U.S. made health care visits within four weeks of death, and about a quarter saw a clinician in the week before dying. Many of these distressed people received no mental health treatment. We believe this intervention will make it easier for patients to get the care they need.”

In addition to Jerant and Duberstein, researchers on the study are Peter Franks, Ladson Hinton, Richard Kravitz, David Liu, Debora Paterniti, Lorin Scher and Daniel Tancredi of UC Davis; Kimberly Van Orden of the University of Rochester Medical Center; Ming Tai-Seale of the Palo Alto Medical Foundation Research Institute; and Aaron Rochlen of the University of Texas at Austin.

The grant is primarily funded through the Centers for Disease Control and Prevention (grant number 1U01CE002664-01). Additional project funding is provided by the UC Davis Behavioral Health Center of Excellence and Department of Family and Community Medicine.

More information about UC Davis Health System is at http://healthsystem.ucdavis.edu and the University of Rochester Medical Center is at https://www.urmc.rochester.edu/