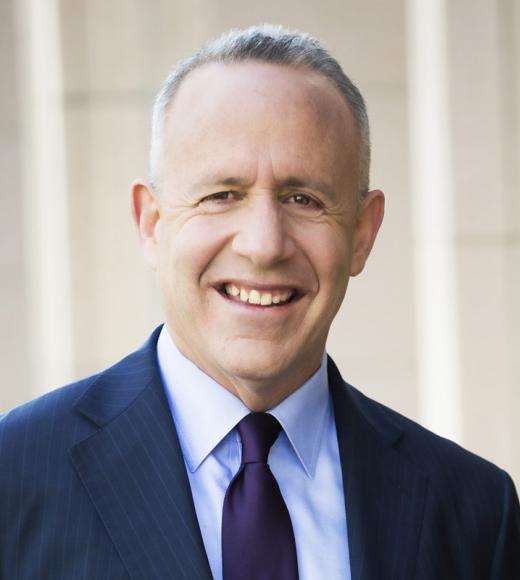 Darrell Steinberg was hired as Visting Faculty without salary to the Department of of Psychiatry at UC Davis School of Medicine to act as the Director of Policy and Advocacy for the Behavioral Health Center of Excellence. Darrell currently works at Greenberg Traurig Law as a shareholder in the Sacramento office and Chair of the California Government Law & Policy Practice. He provides strategic counsel to clients with matters involving state and local government.

Darrell became passionate about mental health during his time on the Sacramento City Council. In 1997, the City of Sacramento engaged in a lawsuit against Loaves & Fishes, a private charity providing food to the homeless. The free lunches began to draw thousands of homeless people who were seen as a nuisance to local businesses near the shelter in North Sacramento. Former Mayor Joe Serna and then Councilmember Steinberg were the only two members to vote against the lawsuit. Upon further investigation into the rapidly increasing homeless population, Steinberg learned that an overwhelming portion of homeless suffered from mental illness and did not have access to proper mental healthcare.

From this point forward, Darrell has worked to bring awareness and solutions for what he calls “the under-attended issue of our time and in our society.”

During his first year in the State Assembly, Steinberg authored AB 34, which began three pilot projects that provided integrated services to the homeless in Stanislaus, Los Angeles and Sacramento counties. The pilot project was so successful in lowering hospitalizations, incarcerations and homeless episodes that the program was expanded to more than 30 counties in late 2000. The success resulted in positive impacts for more than 5,000 people per year.

In 2004, Steinberg spearheaded Proposition 63, the California Mental Health Services Act (MHSA), approved by California voters on the November 2004 statewide ballot. He worked with advocate, Sherman Russell Selix, Jr. to co-author the proposition. The act imposes a 1% tax on incomes over $1 million for mental health funding statewide.

The Mental Health Services Act created a “whatever-it-takes” approach to support and service those with severe mental illness. Services can include providing a safe place to live, a job, help in school, physical healthcare, clothing, food, and treatment for those with mental illness combined with a substance abuse disorder. The Act also requires that twenty percent of the annual dollars be invested in Prevention and Early Intervention services (PEI). The philosophy of the MHSA is to engage individuals before they develop serious mental illness or serious emotional disturbances, reduce arrests and ER visits, and to alleviate the need for additional or extended mental health treatment.

The Mental Health Services Act has proven to be a cost effective way to address mental health care. The Act was the first of its kind in the United States and has directly helped tens of thousands of Californians.

SB 82 – The Investment in Mental Health Wellness Act of 2013

Darrell also authored the Investment in Mental Health Wellness Act of 2013 (SB 82), which allocated $142 million in state General Funds for a grant program to expand the number of community-based mental health crisis services. This bill aims to significantly improve access to mental health crisis services by funding a major statewide expansion of crisis residential and stabilization beds and mobile crisis capacity. It pays particular attention to reducing recidivism by prioritizing mental health assistance to those in crisis.

In 2015, Darrell established the Steinberg Institute to focus on building public leadership for targeted improvements in California’s systems of mental and behavioral health.

One of the Institute’s key priorities and areas of work is in organizing robust legislative agendas for mental health in California and engaging elected officials, from both parties, to push this agenda. The Institute partners closely with advocates in all sectors to develop the best policy solutions and works side by side Legislators who take a leadership position on mental health to enact as many important bills as possible.

The Institute's issues of focus are: mental health and criminal justice; housing and homelessness; the plight of veterans suffering from post-traumatic stress disorder and other war-related emotional problems; children and the impact of untreated mental illness on behavior and academic performance; and healthcare itself, especially the need to invest in timely identification and treatment of mental health conditions. The Institute is working to address the disparities in access to necessary care that disproportionately impact people from underserved communities and to make sure the state highlights best practices and ensures meaningful comparative outcome reporting.